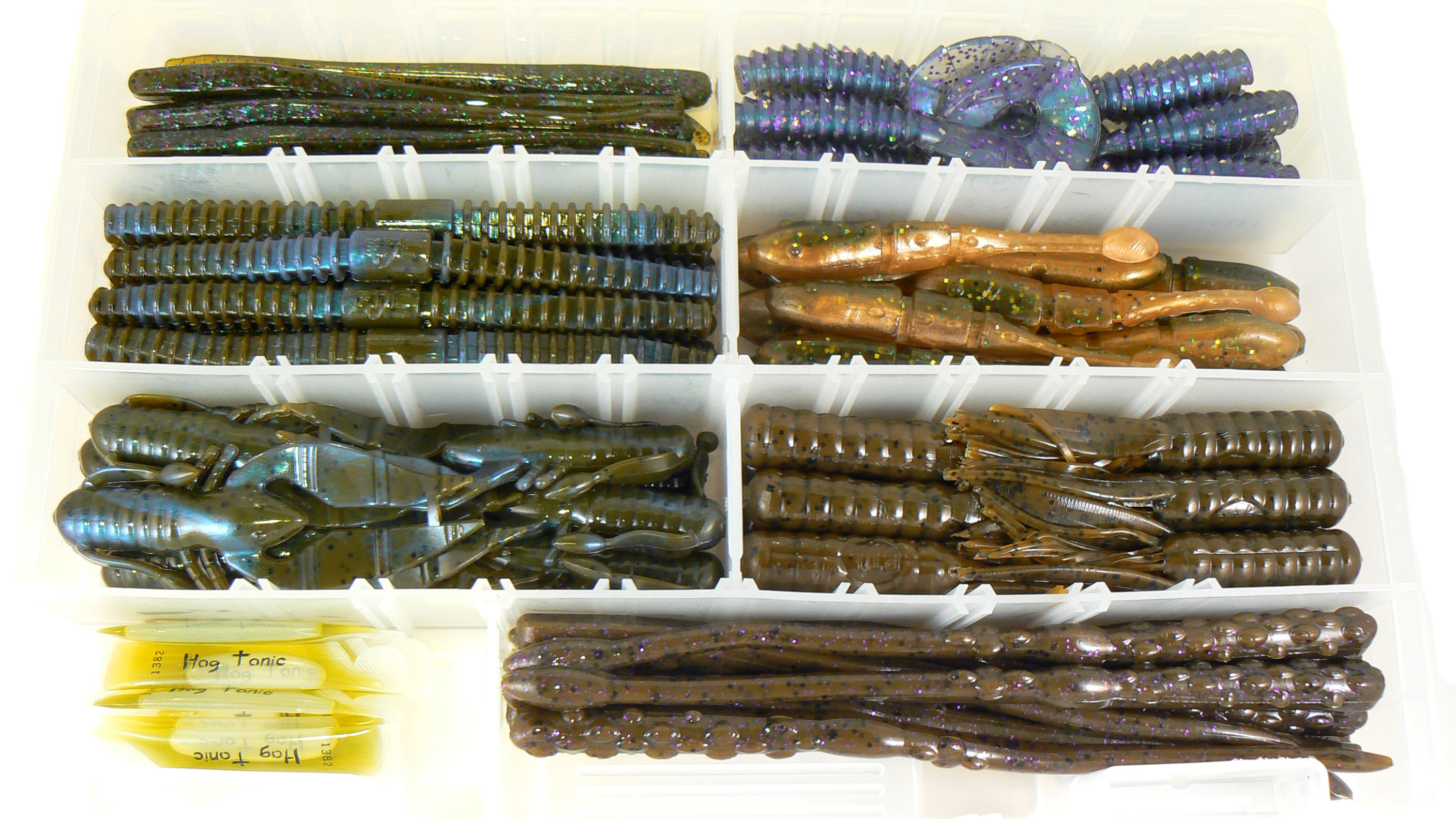 Man today was a tough day on the water. The bass just wanted nothing to do with anything I threw at them!” Well what did you throw and how did you throw it? Did you throw what you needed to throw or did you throw what you wanted to throw? More times than not, the answer to that question is the latter of the two. Fishing for negative bass can definitely take people out of their comfort zones. If an anglers strength is power fishing or chucking and winding cranks and blade baits, switching over to a finesse rod and just barely crawling small plastics along the bottom can be as boring to them as watching grass grow. But if the bass aren’t chasing baits, making this important switch is the best way to avoid having to say the first 2 sentences of this article. When the realization sets in that what you’re doing isn’t working and that your day is going to have a grim outcome unless you make a change, this is when you need to break out your box of “panic plastics” along with your bag of patience. For me, I keep my box of panic plastics simple. It consists of 3.5” Craw D’oeuvres, 3.5” Food Chain Tubes, 3.6” Hammer Shads, and 5” Finicky Ticklers in a small variety of basic color hues along with the terminal tackle needed to rig them (jig heads, small tungsten weights, small hooks and stuff for drop shotting). I choose these 4 baits for a couple reasons. First, they’re all down sized baits with very subtle actions which plays the key role in sparking a negative bass’s interest . Second, I can rig them all on the same terminal tackle to make things even easier on my patience. For example, if I’m fishing in or around cover and need a weedless presentation, I can tie a 2/0 ewg hook and an 1/8 oz tungsten weight on a single rod and be able to Texas rig any of these baits on it. This goes for drop shotting, Shaky heading and split shot rigging all of these baits as well. This way I can easily alternate between baits and colors until I figure out what color and profile the bass are responding best to without having to constantly re-tie. How you work your bait is just as important as the bait choice itself when the bass are negative. Forcing yourself to “soak” your bait during a cast can make all the difference in the underwater world. Getting into the habit of letting your bait sit in one place for 30 seconds after the initial fall is where it starts. If an angler starts working the bait directly after the initial fall, 99% of the time the angler will pull it out of the negative bass’s “interest zone” before the bass even makes the decision to come inspect what just fell through the water column. After the initial soaking, the rest of the retrieve should follow suit. Little shakes, tiny hops and a lot of long pauses in between those movements. If you make the bait appear as an effortless snack, you’ll raise your odds of getting that bass to expend the slight amount of energy needed to acquire that simple snack. Think of a negative bass as really lazy people sitting on a couch watching TV. They won’t get off their butts to get themselves something to eat, but put a bowl of their favorite candy within arm’s reach of them and see what happens.

Just like anything else, practice makes perfect. Once you gain confidence in soaking finesse baits, your box of panic plastics will soon become your security blanket every time the bite gets tough. It will also help you through the winter months when the water temps drop below 45 degrees. Contrary to what many anglers think, bass can definitely be caught on plastics in the frigid temps…as long as you know what to throw and how to throw it.